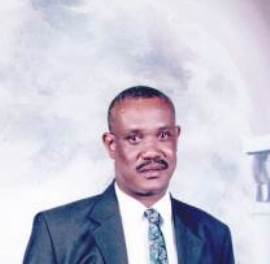 Posted at 15:25h in Uncategorized by Ian Griffith 8 Comments

Son of Ianthe Moore and the late Ivan Moore.

Cousin of Colvin Boyce, Ralph Harris and many others.

Son-in-Law of Paretta Bowen and the late Lionel Bowen.

Relative of the Harris, Cadogan, O’Neale, Gilkes and Boyce families.

The funeral of the late Godfrey Chesterfield Moore leaves Earl’s Funeral Home, Half Moon Fort, St. Lucy, on Saturday, April 13th at 8:00 a.m. for St. Lucy Parish Church, Near Nestfield, St. Lucy where relatives and friends are asked to meet for the Service of Thanksgiving and the interment at 10:00 a.m.  The organist is kindly asked to attend.

The body of the late Godfrey Chesterfield Moore, will repose for viewing on Friday, April 12th from 4:00 p.m. to 6:00 p.m. at North Stars Cultural and Social Club.

Floral tributes may be sent to Earl’s Funeral Home no later than 4:30 p.m. on Friday.