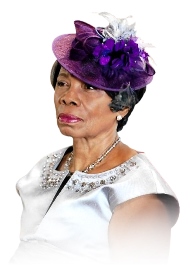 Posted at 16:22h in Uncategorized by Ian Griffith 2 Comments

Daughter of the late Cecil Alfred and Olga Leotta Brandford.

Great Aunt of Dion and others.

Godmother of Ariana Stuart and many others.

Relative of the Brandford, Harewood, Thomas, Clarke and Lashley families.

The funeral of the late Contessa Octavia Clarke nee Brandford leaves Earl’s Funeral Home, Half Moon Fort, St. Lucy, on Wednesday, May 8th at 11:30 a.m. for The People’s Cathedral, Bishop’s Court Hill, St. Michael where relatives and friends are asked to meet for the Service of Thanksgiving at 1:30 p.m.  The cortege will then proceed to St. Luke’s Anglican Church, Brighton, St. George for a second service and the interment at 3:30 p.m.  The organist and choir are kindly asked to attend.

The body of the late Contessa Octavia Clarke nee Brandford, will repose for viewing at the St. Luke’s Anglican Church Hall, Mount Hill, St. George 4:00 p.m. to 6:00 p.m. on Tuesday.

Floral tributes may be sent to Earl’s Funeral Home no later than 11:00 a.m. on Wednesday.