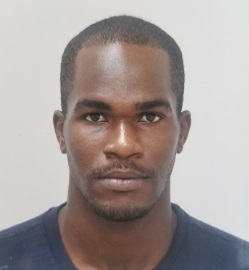 Posted at 16:38h in Uncategorized by Ian Griffith 0 Comments

The funeral of the late Terrick Jawara Ricardo Howard leaves Earl’s Funeral Home, Half Moon Fort, St. Lucy, on Friday, January 14th at 12 noon for Ebenezer Gospel Tabernacle, Cnr. 2nd Ave. New Orleans and Westbury Road, St. Michael where relatives and friends are asked to meet for the Service of Thanksgiving at 2:00 p.m.  The cortege will then proceed to Westbury Cemetery for the interment.  Live streaming can be viewed via the link https://watch.earlsfuneralhome.com/TerrickHoward

The body of the late Terrick Jawara Ricardo Howard will repose for viewing from 4:00 p.m. to 6:00 p.m. on Thursday, in the Chapel of Lyndhurst Funeral Home, Passage Road, St. Michael.

Floral tributes may be sent to Earl’s Funeral Home no later than 11:30 a.m. on Friday.

All COVID-19 protocols will be in effect, with a maximum of 25 persons allowed to be in attendance.