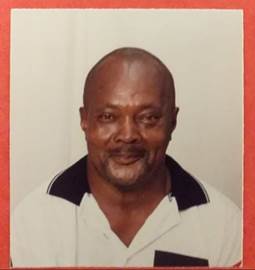 Posted at 20:02h in Uncategorized by Ian Griffith 1 Comment

Cousin of Harcourt, the late Lannette Cheltenham and many others.

Relative of the Broomes, Phillips and Cheltenham families.

Friend of Trevor Thompson, Sylvia Walker, Leon and many others.

The funeral of the late Merry Randolph Broomes leaves Earl’s Funeral Home, Half Moon Fort, St. Lucy, on Tuesday, October 12th, 2021 at 12 noon for St. Peter’s Cemetery, Road View, St. Peter where relatives and friends are asked to meet for the Graveside Service of Thanksgiving and the interment at 2:00 p.m.  Live streaming can be viewed via the link https://watch.earlsfuneralhome.com/MerryBroomes .

Relatives and friends can visit in the chapel of Earl’s Funeral Home, Half Moon Fort, St. Lucy to reflect the memories of Merry Randolph Broomes from 4:00 p.m. to 6:00 p.m. on Monday.

Floral tributes may be sent to Earl’s Funeral Home no later than 11:30 a.m. on Tuesday.