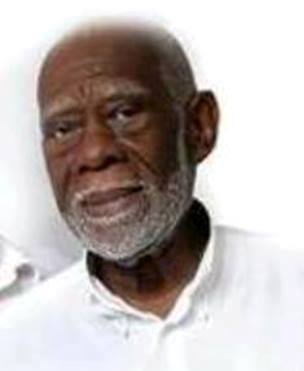 Posted at 17:35h in Uncategorized by Ian Griffith 2 Comments

Member of the Lions Club, City of Bridgetown and Democratic Labour Party.

JQ was a gregarious man with a revered sense of style.  He took great pride in his appearance.

He didn’t have a privileged upbringing, like many of his generation, but due to his entrepreneurial nature he made the most out of what he had. His life was certainly eventful, never afraid of being a trailblazer, he loved a challenge, always willing to take the big risks.

His career choice was printing but his passion was culture and entertainment.

He has worn the title of bus conductor, teacher, artist manager, advisor, consultant, promoter and many more.  Over the years his charisma has allowed him to make friends with people from all walks of life. He was a people person, who was loved and admired by many and will be greatly missed.

Relative of Quinton, Haddock and Sobers

The funeral of the late Junior Lovelock Quinton (JQ) leaves Earl’s Funeral Home, Half Moon Fort St. Lucy, on Wednesday, July 4th, 2018 at noon for Abundant Life Assembly, Bank Hall, St. Michael where relatives and friends are asked to meet for the Service of Thanksgiving at 2:00 p.m.  The funeral will then proceed to Westbury Cemetery for the interment.  .

Floral tributes may be sent to Earl’s Funeral Home no later than 11:30 a.m. on Wednesday.