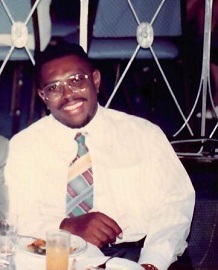 Posted at 19:46h in Uncategorized by Ian Griffith 3 Comments

Relative of the Branch and Lewis families.

Close Friend and friend of many.

The funeral of the late Henderson Tyrone Branch leaves Earl’s Funeral Home, Half Moon Fort, St. Lucy, on Tuesday, July 20th at 8:00 a.m. for St. Matthew’s Anglican Church, Jackmans, St. Michael where relatives and friends are asked to meet for the Service of Thanksgiving and the interment at 10:00 a.m.  The organist and choir are kindly asked to attend.  Attendance to the funeral by invitation only.  Live streaming can be viewed via the link https://watch.earlsfuneralhome.com/HendersonBranch .

No flowers by special request, however, donations can be made to the Barbados Association of Pallative Care.