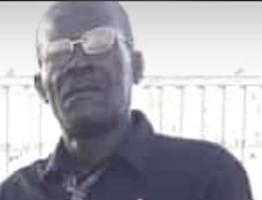 Posted at 15:47h in Uncategorized by Ian Griffith 0 Comments

It is with deep sadness that we announce the passing of Clarence Oneal Webster better known as Taa, of Greenwich Village, St. James entered peacefully into rest at the age of 56.

Son of Muriel Webster and the late Frank Webster.

Brother of Kenrick, Eudene, Alma, Edmay and the late Arnold and Clarine Webster.

Close Friend of Norma and Junior Williams and many others.

The funeral of the late Clarence Oneal Webster leaves Earl’s Funeral Home, Half Moon Fort, St. Lucy, on Wednesday March 31st at 8:30 A.m. for St. James Cemetery, Holetown, St. James where relatives and friends are asked to meet for the Graveside Service of Thanksgiving and the interment at 10:00 A.m.

Live streaming can be viewed via Https://inlovingmemory.online/ClarenceWebster

Floral tributes may be sent to Earl’s Funeral Home no later than 8:00 A.m. on Wednesday.

All COVID-19 protocols will be in effect