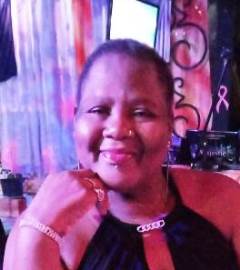 Posted at 18:47h in Uncategorized by Ian Griffith 0 Comments

Mother of Ocean and Joshua Sobers-Henry and Skye Skeete.

Aunt of Dondria Alleyne, Denisha Small and many others.

Cousin of Sandra, Corey and Liane Barrow, Crystal Greaves and many others.

Special friend of the Warner, Gilkes and Rollins families, Vilmay Gay, Gail Browne, Peter Bend, Peter Grazette and many others too numerous to mention.

Relative of Sandra Morgan, the Sobers, Duke, Boney, Best and Cooper families and many others.

The funeral of the late Carolann Sobers-Skeete leaves Earl’s Funeral Home, Half Moon Fort, St. Lucy, on Friday, January 14th at 11:00 a.m. for The Chapel Of Mount Pleasant Memorial Gardens, Pleasant Hall, St. Peter where relatives and friends are asked to meet for the Service of Thanksgiving at 1:00 p.m.  A private cremation will be held at a later date.  Live streaming can be viewed via the link https://watch.earlsfuneralhome.com/CarolannSobersSkeete