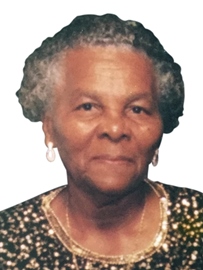 Posted at 19:13h in Uncategorized by Ian Griffith 3 Comments

Sister of Girwood, Muriel, Louis, Alson and the late Jan

Relative of the Worrell, White, Walcott and Armstrong families

The funeral of the late Carmen Pearl Weithers nee Worrell leaves Earl’s Funeral Home, Half Moon Fort, St. Lucy, on Saturday, December 16th at 12:00 noon for St. Peter’s Parish Church, Church Street, Speightstown, St. Peter where relatives and friends are asked to meet for the Service of Thanksgiving at 2:00 p.m.  The cortege will then proceed to St. Peter’s Cemetery for the interment.  The organist and choir are kindly asked to attend.  In lieu of flowers a donation to the Barbados Palliative Care Association will be collected.

Floral tributes may be sent to Earl’s Funeral Home no later than 11:30 a.m. on Saturday.