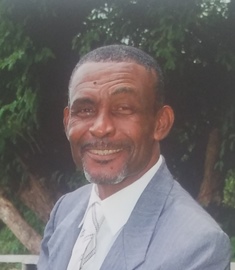 Posted at 14:03h in Uncategorized by Ian Griffith 3 Comments

Son of the late Francis Yearwood and Viterose Springer.

Loving Number 1 Dad of Celia Boyce (UWI), Robert and Althea Boyce (both of the U.S.A.), the late Denise Boyce-Worrell and Richard Roach.

Cousin of Pastor Clayton Springer, Frankie, Pat and Donna Springer, Ken Haynes and many others.

Relative of the Springer and Yearwood families.

Friend of Yvonne, Mark and Angus Boyce, John and Winifred Chandler, Eltora Thomas, the Boscobel Seventh Day Adventist Church family, all neighbours and many others too numerous to mention.

The funeral of the late Beresford Leroy Springer leaves Earl’s Funeral Home, Half Moon Fort, St. Lucy, on Saturday, November 2nd at 7:30 a.m. for St. Clement’s Anglican Church, Near Lowlands, St. Lucy where relatives and friends are asked to meet for the Service of Thanksgiving and the Interment at 9:30 a.m.  The organist and choir are kindly asked to attend.

Relatives and friends can visit in the chapel of Earl’s Funeral Home, Half Moon Fort, St. Lucy to reflect the memories of Beresford Leroy Springer from 4:00 p.m. to 6:00 p.m. on Friday.

Floral tributes may be sent to Earl’s Funeral Home no later than 5:30p.m. on Friday.